At Smart Aim Solutions we like to offer advice across a range Plumbing and Heating topics. We are keen to ensure customers understand how to take timely action on real issues and thereby avoid costly breakdowns or clean up operations. At the same time we are proud to share with you how we approach certain plumbing and heating jobs and make you aware of the industry standards that we all have to adhere to. In doing so this should promote trust and respect for our company and increase the level professionalism throughout the industry.

Rising fuel bills, radiators not performing as they once had, boiler making strange noises, heating taking a long while to warm up, cold spots on your radiators, always venting your radiator, hot water either scalding hot or too cold. The list goes on. Sound familiar? We want to help.

As fuel costs rise, having an efficient and cost-effective heating and hot water system is vital and it's one step you can take to lowering fuel costs, carbon footprint and improve system performance, giving you more pounds in your pocket and an energy-efficient system.

You haven't got to spend thousands on a new boiler, cylinder or complete system to improve your energy efficiency rating. For example, research shows you can save up to by adding:

What is a powerflush and do I need one?

Overtime your heating system can get clogged with magnetic sludge and other material. If left untreated it will end up making the system less efficient, meaning higher heating bills and it can even result in costly repairs. 80% of system/boiler breakdowns are a direct effect of poor system water quality.

One way to deal with this is with a powerflush. A machine is attached to the heating system which pumps a mix of cleaning chemicals around the system. These dislodge and breakdown deposits that may have built up in your radiators, pipework and boiler overtime.

Once it is done, the system is refilled with clean water and inhibitor to protect the system against future similar problems.

How would you know if you have a problem? Some of the signs you might see include: 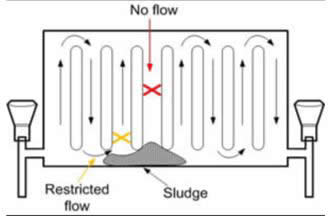 If you have a significantly older system, powerflushing may not be the best option. A less vigorous chemical flush using a magnacleanse might be the alternative way to go since older radiators could end up with leaks if corrosion over a longer period has been a problem. We have highly skilled engineers who would be able to advise on the best form of action required. 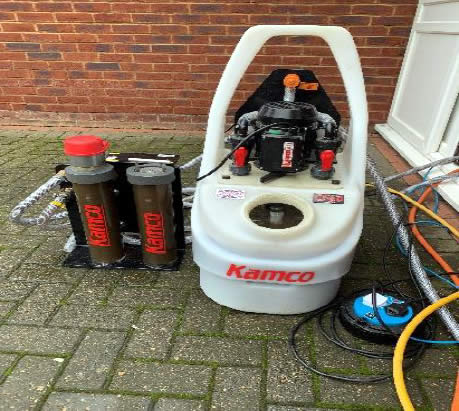 How to bleed your radiators.

Sometimes you may notice a cold patch at the top of your radiators, or they make a noise when they are warming up. This could be due to air that is collected at the top overtime and is quite normal. The air means that the hot water in the radiators can't circulate as effectively so your home may take longer to warm up or rooms may never reach a desired temperature.

However, it is very easy to get rid of this air yourself making your heating system more energy-efficient and potentially saving money on energy bills.

How to bleed your radiators:

We recommend you check your radiators at least once a year when you switch on your heating again after the summer. It is quite normal for a bit of air to have collected, especially in the radiator which is highest in your central heating system. This is often a heated towel rail in the bathroom and is easily overlooked so make a note to check this. If you see signs of rust or water when you check them or your radiators need bleeding more often than usual you may have a small system leak which will need fixing.